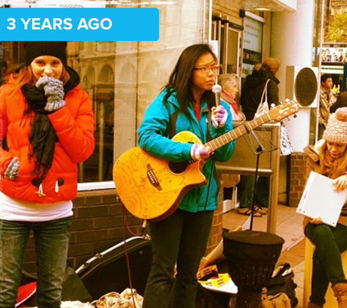 Sammy was born in Hong Kong, and was raised there until 11 years old. She had what she thought a loving family that loved her and took care of her, until her mother and father divorced when she was 6 years old. She was later relocated to England with her mum, sister and her new stepdad. Sammy was not affected a great deal at the time of the divorce, as her mum tried her hardest to shield her children from getting hurt – even when her dad actually wanted to have her sister living with him, her mum fought for the custody of both child so the sisters will not be split up. Everything pretty much carried on as normal, living with mum and a nanny/maid that looked after her and her sister; going away with her dad over the weekends; but Sammy never knew how much damage it really caused beneath the surface and how it affected her in later years.

Life in England was okay, the excitement of a foreign place overtook the strangeness of living with a new man. This lasted around 6 months. The new man did not like either her or her sister, and wanted a new family with their mum. Sammy’s mum loved her children. She decided to break off another relationship, and married another new man – in order to secure their future by staying in the country; in order to provide for her children with a security and with a sense of a regular family life with mum and dad.

The “trying-to-work-things-out” became futile, as much as Sammy’s mum tried to keep everything together, things weren’t staying together. The grace of God had a real special way of holding everything together, even when the whole world seems to fall apart. From here on, Sammy became a very angry teenager/young adult, hating life and hating her family, she even contemplated multiple suicides. Although on the outside everything seemed fine, but inside her heart, she knew that something isn’t right, and didn’t know what to do about it She carried on living her life with a false-front, and hoped that perhaps one day, a bus will just take her out on the street.

After accepting this is how rubbish life must be, she managed to bump into a Christian from the Potter’s house church in Bury St Edmunds on one of their service nights. Sammy was challenged to think about God and re-valuate life, and had no idea that this is God knocking on the door of her heart. She went to church out of politeness but after scouted around from the church people for the meaning of Christianity and who God was to them – a God who change lives, who sustain joy, who loves, and more importantly, loves Sammy the way she is – She decided it was worth giving this God a go, in attempt to once again find life that was worth living for. She prayed with the Pastor’s wife and became a born-again Christian at the age of 19.

Growing and maturing in God meant that Sammy became actively involved and began serving in the church, with a developing passion to share the gospel of Jesus Christ with others as it was shared with her: in local outreaches; impact teams to other cities within the UK as well as international missionary trips; and most importantly, impacting the people back in her hometown, and sharing the change that God was doing in her with her daily life. 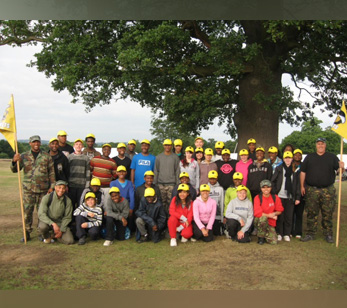 In 2008, Sammy joined bootcamp for the first time. She realised that being involved in camp for young people’s lives is also another way to serve in the Kingdom of God. Not only are there fruit that remains for the youth, but she also was left blessed by experiencing God’s hand being at work in her heart whilst being a worker, with challenging situations to bring us closer to God. Sammy also began to see the value of these young people, privileged to be involved with what an unlimited God has placed into our limited hands, to join forces with Him to participate in a week of moulding and shaping for God’s young men and young women, blossoming them into the potential God has for them. Sammy has since then, been attending bootcamp every year when it was available. She has been involved with the role of: a counsellor, a Drill instructor as well as Admin Staff.

Sammy has been a member of The Potter’s House Church in Bury St. Edmunds since 2007.