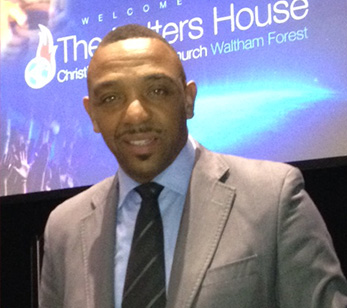 In 1991, I came to a concert at Folkestone road, this was after refusing to come three times previously.  I never got saved straightaway but continued to come. I came in wearing a full dreadlock head of hair that took me 5 years to grow.  At the time, I was a very close friend to an injured Boxer Michael Watson where his accident took place in the ring in 1991 while contending for the world title against Chris Eubanks.

I went to see Michael in Intensive care and the doctors said that Michael had a very slim chance to survive and if he did, he would be a cabbage.  I recalled that as I went into the room where Michael was staying, I could not believe my eyes to see Michael lying there attached to a life support machine with all tubes coming out of his body.  His head had part of his skull missing where the surgeons had to remove to get to the blood clot from his brain that put him in a comma.  Yet what was more amazing then, there was in the corner of this room, Michael’s mother sat and was humming hymns to herself.  She looked at me, she smiled and said, “Don’t worry Richie, everything is going to be alright.” God is going to heal my boy. Then I noticed that there was something else in that room that was comforting, something peaceful and safe.  I never felt anything like it before and now witness that it must have been the Holy Ghost.  I moved to Michael, took his hand and said to God if you save Michael’s life, I’ll give you mine.

While remembering what I said by Michael’s hospital bed, I put my hand up and surrendered my life to Christ.
To cut a long story short I went on to being Michael’s main carer and witnessed many miracles that God has done in restoring his health and life.  Fast forward 22 years, I’ve been married for 19 years to the best women in the whole fellowship, I have 5 children – 3 girls, 2 boys and a cat called Tizer.

I’ve been a bible study assistant and leader, and a bandleader called “Soul seekers” for 14 years.  I have led Walthamstow praise and worship for 3 years (LOL).  I’m involved in most community events – I coordinate a ministry called heaven sent, that helps people in need.  I’ve been to 6 Boot camps and started out as a DI then promoted to head DI, then was selected to be a TI then promoted to a senior TI.

This is not my CV but my testimony.  I have also just been voted onto the Walthamstow church council.  And now, I’m going to make sure that everyone has a brilliant time at Boot Camp 2019!  Amen.